Residents of Westcombe Park may have been understandably confused by the contradictory notices and road signs [click images to enlarge] they may have seen.  Some parking attendants seem to be equally confused about the arrangements in force between the main Olympics and the Paralympics. 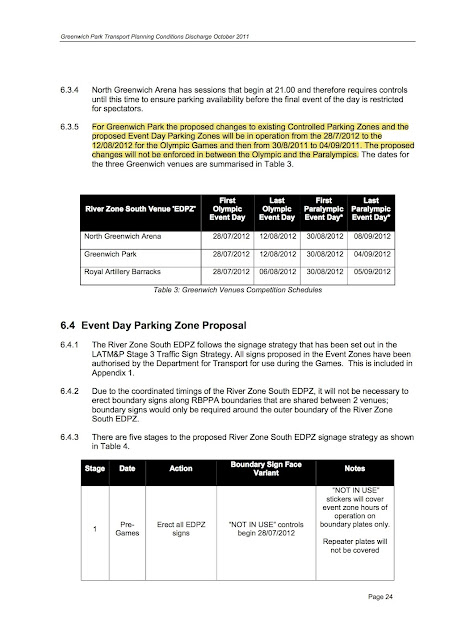 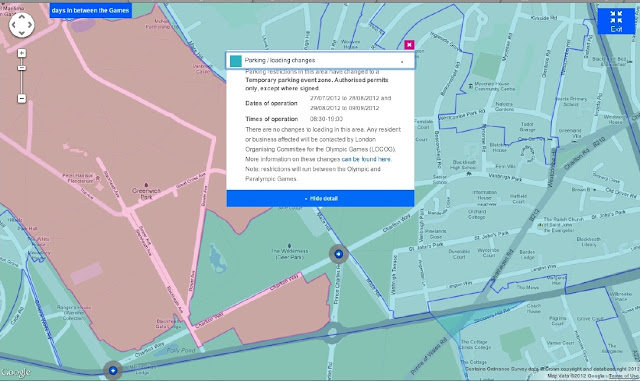 The Westcombe Society has received confirmation from LOCOG that "the measures on the ORN including the games lanes will only be operative from 25th July to about 14th August (or as soon as possible after the Olympic Games) and from 27th August to 11th September (or as soon as possible after the last Paralympic Games).  The last event at Greenwich Park is 4th September so ORN measures in the vicinity of this event, including Maze Hill and Shooters Hill Road west of the A102 should be removed by 6th September."
Any resident who receives a penalty notice about an alleged breach of the Event Day Parking Regulations for the period between the games may wish to take legal advice (e.g. from the AA/RAC) before paying.
Posted by wespes at 10:50 am 2 comments:

Posted by wespes at 9:21 am No comments: